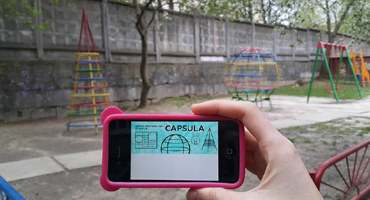 Slavutych. Capsula was an educational program which became a part of “86” Urban Film & Culture Festival in May 2016. The program aimed to engage children and teenagers in dialogue between generations, using tools of historic research, art practices, and creation of “Slavutich time capsule”. The capsule filled with historic artifacts is both the form for preserving the memory of past generations and the message to the future ones.

During the program, participants from Slavutych, Kyiv and other cities had a chance to learn the ways of collecting, preserving, and passing the memory as well as to do fieldwork and interpret the artifacts. Using means of documenting the oral history, photo and video shootings, mapping, and creative interpretation children and teenagers produced their own vision of the town’s history, established through communication with the representatives of different generations.

The results of the work were presented in the form of pop-up exhibition which included the performative interaction with the visitors of the film festival and local citizens. The participants recreated individual and collective memories of Slavutych with found objects, photo, audio, texts, and alternative guided tours in Ukrainian and English. In the end, the Capsule was put in the ground. 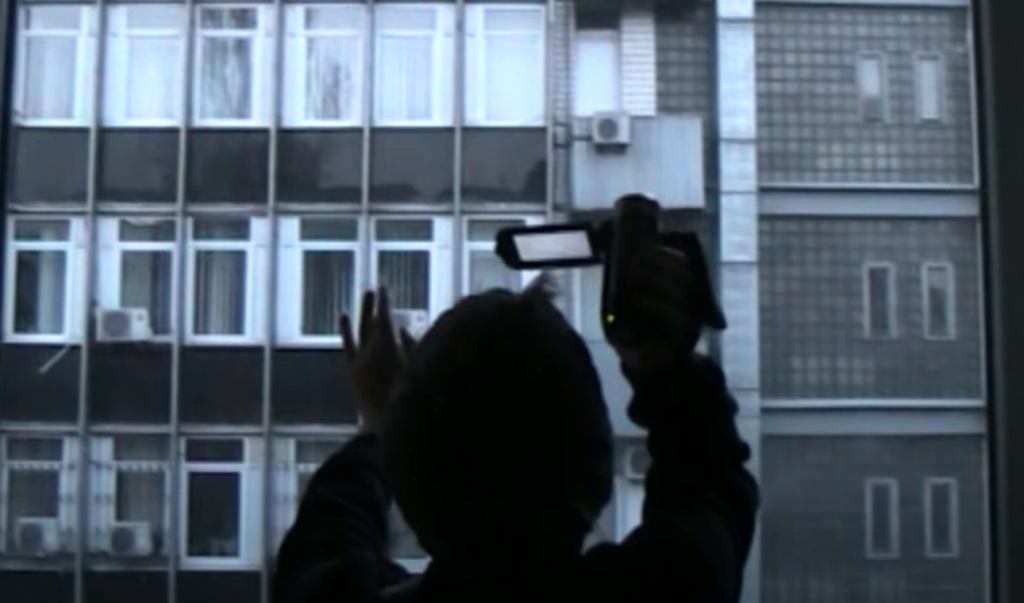 DocuGeo was video experiment and children’s school of urban exploration and cinematography at the Docudays UA, International Human Rights Documentary Film Festival (Kyiv, Ukraine) in 2016. The camera was used as a tool in learning and examination of architecture and city space.

Particularly, the project focused on the soviet modernist buildings which, today, are under the threat of decommunization rhetorics, and market interests. Thus, during DocuGeo, the participants visited State Scientific-Technical Library of Ukraine, one of the most famous modernist buildings planned by Florian Yuriev and known as “saucer”. Moreover, the second location became Pioneer Palace, a significant modernist piece by Edward Bilsky, which has numerous mosaics and children’s observatory. At last, the time was dedicated to a massive abandoned ice stadium which has never functioned.

With a camera, children had an opportunity to learn about local city history, to discuss the processes of urban transformation, and convey their own vision of places. The pieces of video were presented at the closing ceremony of the film festival. 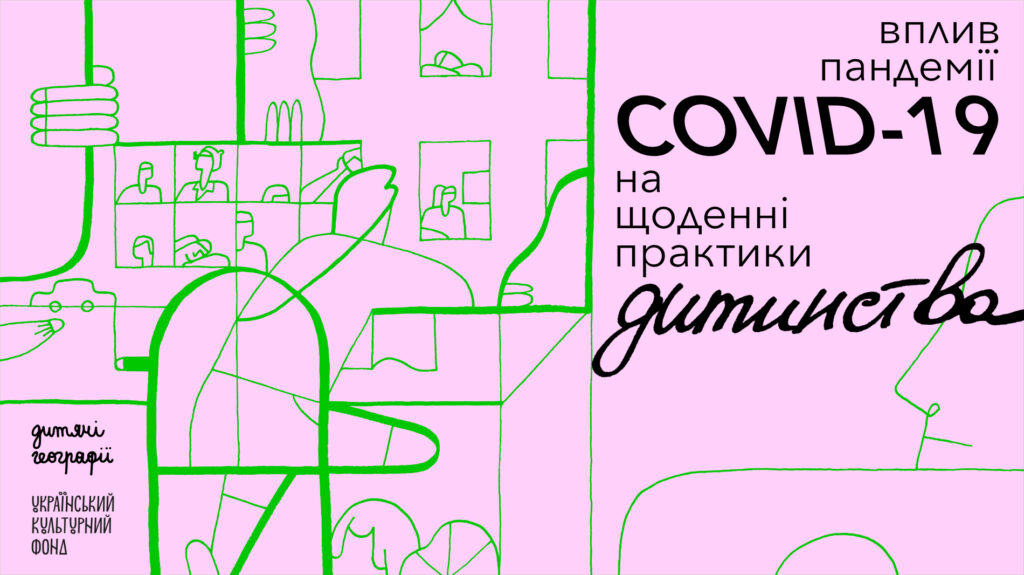 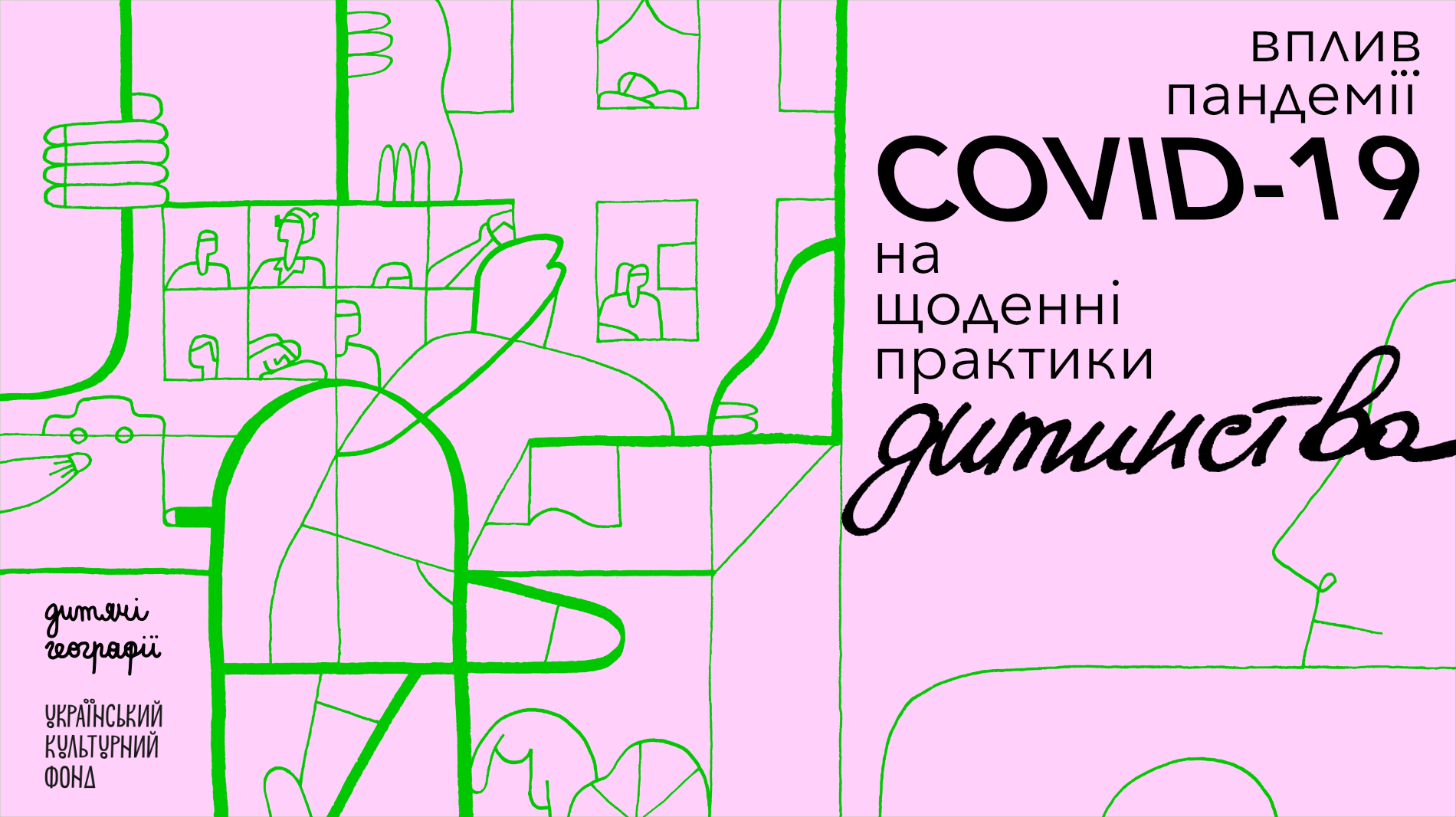 The project aims to explore how the daily practices of childhood are changing under the influence of COVID-19 in Ukrainian cities. To reach the goal, the project team conducted a socio-anthropological study using modern methods and approaches, such as remote ethnography, mapping and videography by the children themselves.

The research results determine what changes have taken place in the following areas of children’s lives: formal and non-formal education, games and leisure, staying at home and away from home, relationships with family and friends due to quarantine restrictions. The data will be useful to anyone who communicates or works with children and for children.

Read and download the full report on the project

The project is implemented with the financial support of the Ukrainian Cultural Foundation.

Recordings of the presentation of the research results (in Ukrainian): 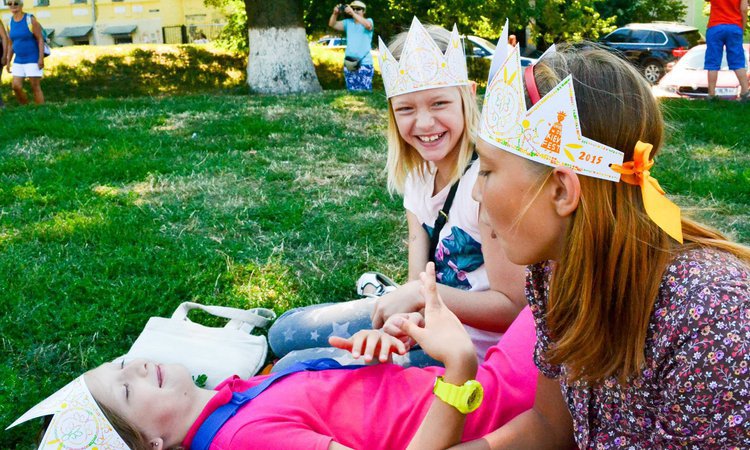 Big City Small City is our first big project held in August 2015 which brought together artists, architects, sociologists, geographers, activists in work with children in public spaces in Kyiv, Ukraine. In series of lectures, workshops, city walks, game practices and art interventions, project participants tried to create an image of the city from children’s perspective, giving the knowledge and understanding of the city to children at the same time.

Moreover, the project was aimed to enhance a discussion of public spaces in Kyiv in relation to the children’s needs. The architects, urban researchers, artists, activists, municipal authority representatives, NGOs and children 8-14 years old and their parents were kindly invited to join the project.

The program consisted of three parts:

Children’s educational program. In the format of the daily urban camp where children participated in various workshops dedicated to arts, architecture and city planning, worked with practical cases and tasks, games and city walk tours. Children’s camp was held in National Art Museum of Ukraine.

The research program focused on a study of Kyiv public spaces in relation childhood and politics, the architecture for children and youth and discourses on it. The program gathered the students and researchers from a variety of discipline.

The series of open lectures for the wide audience interested in the subject: “Child-friendly city: practice of standards implementation in Ukraine”, “Children and modern urban architecture”, “Public spaces and travels in soviet children cinema”, “Urban feminism: Female adventures in the city”, “Practices of early architectural education”.

The project helped us to build the community of experts, activists, and most important – active and curious children who continue discovering the city with Children’s Geographies. 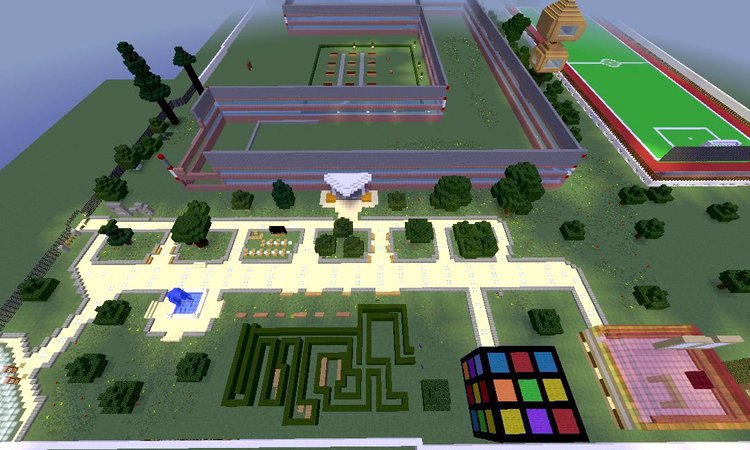 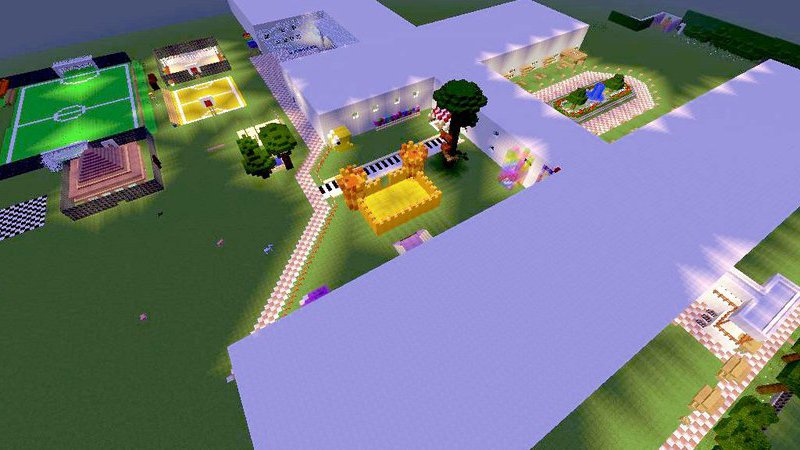 The Dream. Play. Act: Gamification for Action project was initiated and implemented together with Cultural [email protected] and Urban curators in Kyiv and Kremenchuk cities with the support of Small Grants Contest by CANactions and WNISEF.

The idea of the project is to promote the participatory planning of schoolyards together with children using gamification tools, such as Minecraft. Students of two schools took part in the workshops in their schools to analyze their territories and develop some ideas for their renovation. Invited media educator from Germany Andreas Gottschalt, together with professional architects with the support of Microsoft Ukraine provided Minecraft workshops so children could virtually create their projects using a variety of Minecraft tools, which are widely used in participatory urban practices and education abroad but not yet appreciated here, in Ukraine. The project may be extended on request of other schools, NGOs and municipalities. 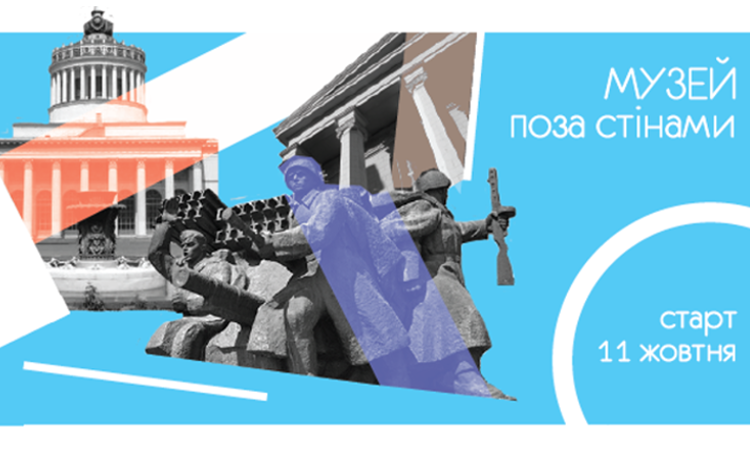 Museum behind the walls

Educational program “Museum behind the walls” proposed participants to discover the meaning and history of architecture, urban rituals, symbols and habits. The program was designed for teenagers and adults to develop visual literacy, explore artistic strategies as a methods of rethinking reality.

The course was structured around several key topics:
– Archive in the post-Soviet cities
– Restoration of historical gaps
– Alienation from urban space due to misunderstanding, forgetting
– Reproduction of history through private stories and historical facts
– Artistic practices in urban space

The program was implemented in partnership with PinchukArtCentre. 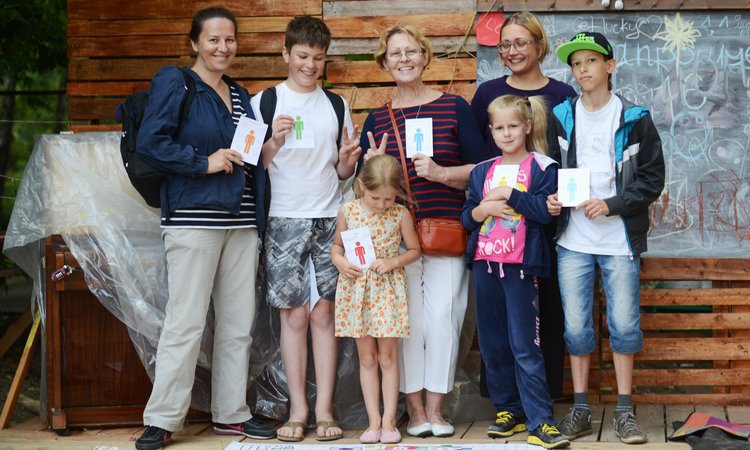 GAME OF THE BLOCKS

Game of The Blocks – is an educational role board game which gathers adults and children aged 8+ and enables learn more about city planning, urban processes, and negotiations within the city between different groups of interest. The game is between two teams of 6 participants. Each team gets the tasks according to roles of Developer, Landscape planner, Urban planner, Major, Activist, and Entrepreneur. All together participants try to build the city comfortable for everyone. To check whether the tasks were successfully accomplishment, the game finishes with the group discussion and analysis based on 12 public space quality criteria by Gehl Architects.

The game is being tested on different workshops and community events and will be upgraded in 2017. 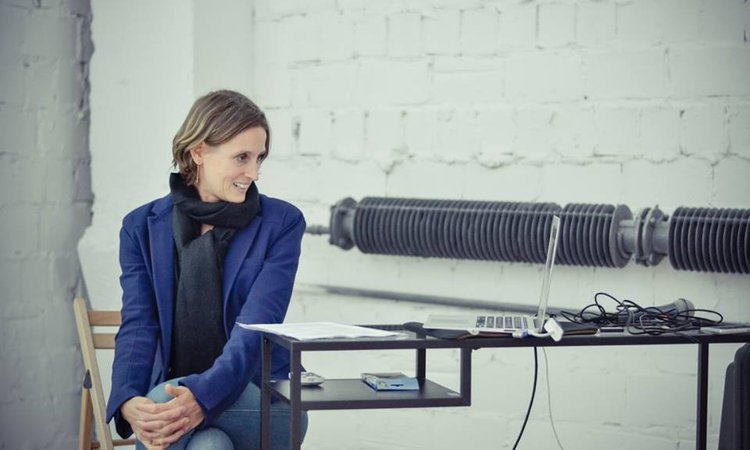 Afterward, the methodology was tested in a practical workshop “With six senses: to experience and design spaces”.

The event was organized within “Mobility Fund for Young Creatives” program by Goethe-Institut Ukraine and supported by the German Federal Foreign Office.